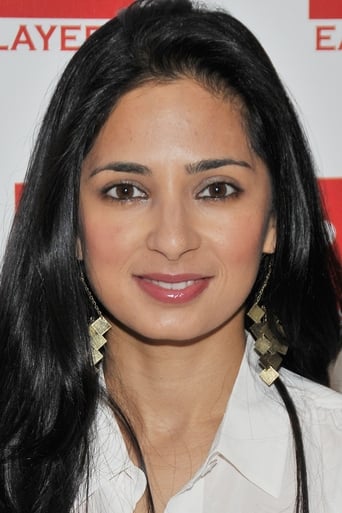 Aarti Majumdar, better known by her stage name Aarti Mann, is an American actress. She has starred in several television programs, including Big Bang Theory and a part in the sci-fi drama Heroes. Mann was born in Connecticut in March 1978, and is of Indian Bengali Hindu ancestry. Mann is a truncated version of Mankad, her married name. She moved to Pittsburgh, Pennsylvania as a young child. Mann's father died while she was in high school. Growing up, her family lived in Mt. Lebanon and Wexford before settling in Fox Chapel, Pennsylvania where her mother, Vasanti Majumdar, an obstetrician/gynecologist out of UPMC Passavant, still lives. Mann graduated from Shady Side Academy, Fox Chapel and studied film at New York University. Mann's brother Nishad is a journalist and her sister Kruti helped influence her decision to switch to acting. Kruti, who also lives in Los Angeles, is a filmmaker and cast Ms. Mann in her 2006 film The Memsahib. While filming her scenes, Ms. Mann said she "got bit by the bug" to act and enrolled in acting classes in Los Angeles. Mann booked a national commercial for Volvo and other roles followed, including a part in the web/TV series "quarterlife," which aired briefly on NBC in 2008. She was also a guest star on "Heroes" in 2009. Mann appeared in the season two winter premiere of "Suits" on the USA Network. Mann was originally cast in the role of Stephanie for the USA pilot "Paging Dr. Freed", but was let go after the table read, because the network envisioned a different type for the character.