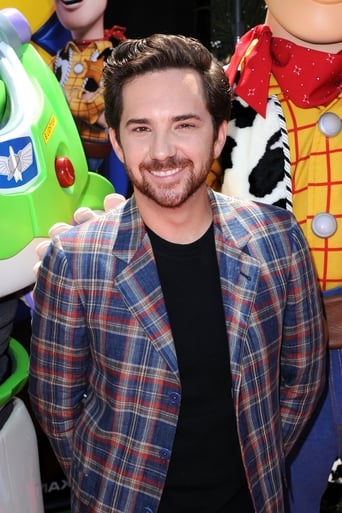 From Wikipedia, the free encyclopedia. John Charles Morris (born October 2, 1984) is an American actor and voice actor. He is best known for his role as Andy Davis in the Toy Story film trilogy. He currently resides in Northern California. He graduated in 2007 from the University of California, Los Angeles's School of Theater, Film & Television. When auditioning for the role of Andy he brought some of his X-Men action figures and made voices for them, the Pixar staff loved it and gave him the part. Morris was brought back on to Toy Story 3 by the request of the director Lee Unkrich. Unkrich described the process by which he went to get Morris on the Toy Story 3 Bluray detailing how he called him, requesting him to reprise his role of Andy (from the original Toy Story), and after hearing the voice mail left by Morris, Unkrich knew immediately that Morris would again be playing Andy. Description above from the Wikipedia article John Morris (actor), licensed under CC-BY-SA, full list of contributors on Wikipedia.