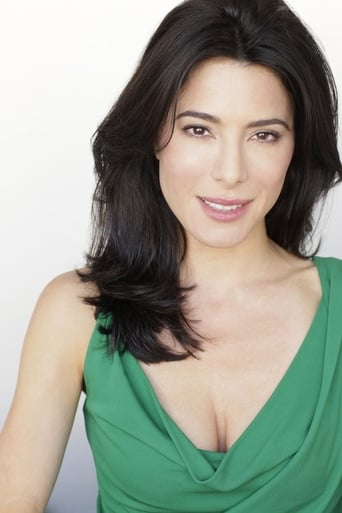 Jaime Murray (born 21 July 1977, height 5' 7" (1,70 m)) is an English actress, best known for playing Stacie Monroe in the BBC television series Hustle (2004–2007; 2012) and Lila West in season two of the Showtime television series Dexter (2007). She is also known for her recurring roles as Grace Valentine in The CW's Valentine (2008–2009), as Gaia in Starz' Spartacus: Gods of the Arena (2011) and as Olivia Charles in The CW's Ringer (2011–2012). She is currently appearing as Stahma Tarr in the Syfy series Defiance and Helena G. Wells in Warehouse 13. Murray was born to English parents in London, England. Her father is the English actor Billy Murray. She was named after Lindsay Wagner's character Jaime Sommers in The Bionic Woman. Just before taking her A Levels, Murray was diagnosed with dyslexia. She briefly studied philosophy and psychology at the London School of Economics, but dropped out to train at the Drama Centre London, graduating in 2000.