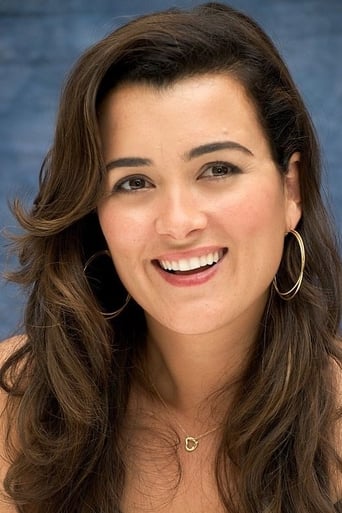 From Wikipedia, the free encyclopedia María José de Pablo Fernández,better known as Cote de Pablo (born November 12, 1979), is a Chilean-American actress and recording artist. Born in Santiago, Chile, she moved to the United States at the age of 10, where she studied acting. De Pablo co-hosted episodes of the Latin American talk show Control with former Entertainment Tonight host, Carlos Ponce, at the age of 15 before attending Carnegie Mellon University to study music and theatre. After appearing in a number of small television roles, she was cast to portray main character Ziva David in the CBS television series NCIS in 2005. De Pablo won an ALMA Award for the role in 2011, and NCIS became the most watched television program in America during its tenth season in the 2012–13 year. She performed a portion of Tom Waits's song "Temptation" for a 2008 episode of NCIS. Outside of the series, she has acted as a vocalist for songs in Roberto Pitre's Vivo En Vida CD. Description above from the Wikipedia Cote de Pablo licensed under CC-BY-SA, full list of contributors on Wikipedia.