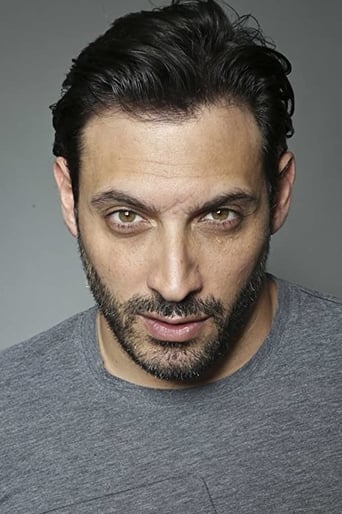 Stefano DiMatteo originally from Toronto Ontario began his career in his hometown, but found him self looking for a change of environment, which brought him to Vancouver, where he could study his craft at the Lyric School for acting, while at the same time pursuing his acting career full time. While in Vancouver Stefano appeared in a supporting role on Cold Squad as Manuel Diaz, a man suspected of killing his girlfriend. He also quickly found himself in the pilot for the hit T.V series Stargate Atlantis, as Toran, opposite (Rachel Luttrel), and again in The Lizzie McGuire Movie (Hilary Duff), and The Chronicles Riddick (Vin Diesel). Stefano DiMatteo recently completed a co-starring role in the upcoming horror film, Survival of the Dead, the latest installment in George A. Romero's, (Night of the Living Dead) of the Dead series, in which he stars as National Guardsman running around Plum Island, off the Atlantic Coast trying to keep the Dead, dead, opposite Alan Van Sprang (The Tudors), Devon Bostick (Adoration), and Kenneth Welsh (Adoration). Recently the film had its world premiere at the 66th Venice Film Festival, where DiMatteo can be seen standing beside George A. Romero on the Red Carpet promoting the film to rabid fans. Upon finishing shooting of Survival of the Dead, the up-and coming actor went directly back to work in a supporting role, opposite Judd Nelson (The Breakfast Club) on the highly anticipated sequel to Troy Duffy's original cult favorite Boondocks Saints. Boondocks Saints: All Saints Day, is set for theatrical release in November 2009, where Judd Nelson playing Concezio Yakavetta, the new Don of Don's and DiMatteo playing his Capo, plot and scheme on how best to deal with the resurgence of the Saints. There will be guns, big guns! Stefano has also shared the screen with Matt Lanter (Beverly Hills 90210), in a co-starring role in the third installment of the Cutting Edge Trilogy, Cutting Edge: Chasing the Dream. DiMatteo plays, Lanter's, ambitious coach who covets the Olympic gold medal almost more than the two he is training to win it. The Cutting Edge, was initially made famous, by D.B.Sweeny (Eight Men Out), and Moira Kelly (Chaplin), in 1992, and it would appear as though its lasting effect has found a home among a new generation of fans with the resurgence of the Cutting Edge Films. Look for in now in video stores. Stefano is working on Crash & Burn, a new T.V. series created by Whizbang Productions (Paul Gross), slated to air on Showcase in January 2010, where he has a recurring role as the character Arlindo. In 2008 Stefano DiMatteo's directorial debut, Communication Breakdown, a romantic comedy about the trials and tribulations of dating in the 21st century, had its world premiere at the Canadian Film Festival, followed by a screening at the prestigious Maui Film Festival and eventually winning him a Best Short Film award at the MIFF Festival. - IMDb Mini Biography