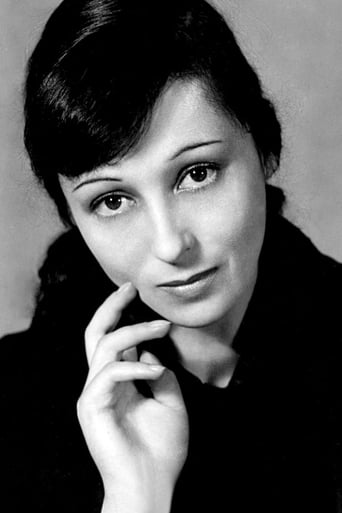 From Wikipedia, the free encyclopedia. Luise Rainer (born 12 January 1910) was a former German film actress. Known as The "Viennese Teardrop", she was the first woman to win two Academy Awards, and the first person to win them consecutively. She was discovered by MGM talent scouts while acting on stage in Austria and Germany and after appearing in Austrian films. Aged 101, she is currently the oldest living Academy Award winner. Her training began in Germany from the age of 16 by leading stage director Max Reinhardt. After a few years, she became recognized as a "distinguished Berlin stage actress", acting with Reinhardt's Vienna theater ensemble. Critics "raved" about her stage and film acting quality, leading MGM to sign her to a three-year contract and bring her to Hollywood in 1935. A number of filmmakers anticipated she might become another Greta Garbo, MGM's leading female star. Her first American role was in the film Escapade (1935), which was soon followed with a relatively small part in the musical biopic The Great Ziegfeld (1936). Despite her limited appearances in the film, she "so impressed audiences" that she won the Oscar for Best Actress. For her dramatic telephone scene in the film, she was later dubbed "the Viennese teardrop". In her next role, producer Irving Thalberg was convinced, despite the studio's disagreement, that she could play the part of a poor uncomely Chinese farm wife in The Good Earth, based on Pearl Buck's novel about hardship in China. The subdued character she played was such a dramatic contrast to her previous, vivacious character, that she won another Academy Award, even with Greta Garbo as one of the nominees. However, she would later remark that by winning two consecutive Oscars, "nothing worse could have happened to me,"[citation needed] as audience expectations from then on would be too high to fulfill. She was then given parts in a string of unimportant movies, leading MGM and Rainer to become disappointed, and she ended her brief three-year career in films, soon returning to Europe. Adding to her rapid decline, some feel, was the "poor career advice" given her by then husband, playwright Clifford Odets, along with the unexpected death, at age 37, of her producer, Irving Thalberg, whom she greatly admired. Some film historians consider her the "most extreme case of an Oscar victim in Hollywood mythology". She currently lives in London. Description above from the Wikipedia article Luise Rainer, licensed under CC-BY-SA, full list of contributors on Wikipedia