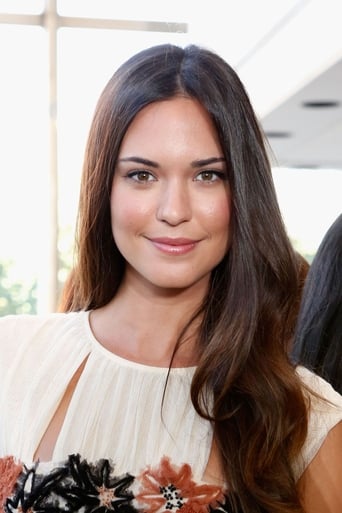 From Wikipedia, the free encyclopedia Odette Annable (née Yustman, born May 10, 1985), is an American actress. She was born in Los Angeles, California. Her mother, Lydia, is Cuban. Her father, Victor Yustman, who is of Italian and French descent, was born in Bogotá, Colombia and raised in Nicaragua.She graduated from Woodcrest Christian High School in Riverside, California. After graduating, she had planned on getting a degree in business finance at Loyola Marymount University before she decided to pursue a career in acting.Annable made her acting debut at an early age, playing a young, Spanish-speaking student named Rosa in Kindergarten Cop, and later moved on to various television shows and movies such as South Beach and October Road.In 2007, she starred in the Lifetime original movie Reckless Behavior: Caught on Tape and followed it quickly with a lead role in J. J. Abrams' Cloverfield.In addition to this, she made a short appearance in the John C. Reilly comedy film Walk Hard. She also provided the voice of the character Amata in Fallout 3. On January 29, 2008, Variety announced that she would appear in The Unborn, which was released in 2009. She is featured in the 2009 music video for "(If You're Wondering If I Want You To) I Want You To" by Weezer. She starred as Melanie in the Fox comedy, Breaking In. On August 24, 2011, the show was renewed by Fox for thirteen episodes and was scheduled to air in the midseason comedy block. Fox canceled the series May 2011 and it ended its run April 2012. In October 2011, Annable began starring in Fox's House as Dr. Jessica Adams, a former prison doctor hired by Dr. Gregory House to join his team She made her first appearance in the eighth season premiere titled "Twenty Vicodin" and remained on the show until it ended with the twenty-second episode titled "Everybody Dies" in May 2012. In February 2013, Annable signed on for the lead role of the ABC drama pilot Westside produced by McG and developed by Ilene Chaiken , but it was not picked up as a series.She was previously engaged to actor Trevor Wright.She married her former Brothers & Sisters co-star Dave Annable on October 10, 2010.Annable was nominated in 2008 for a Teen Choice Award at the Teen Choice Awards for Choice Movie Actress: Horror/Thriller for Cloverfield (2008).